running with the wind 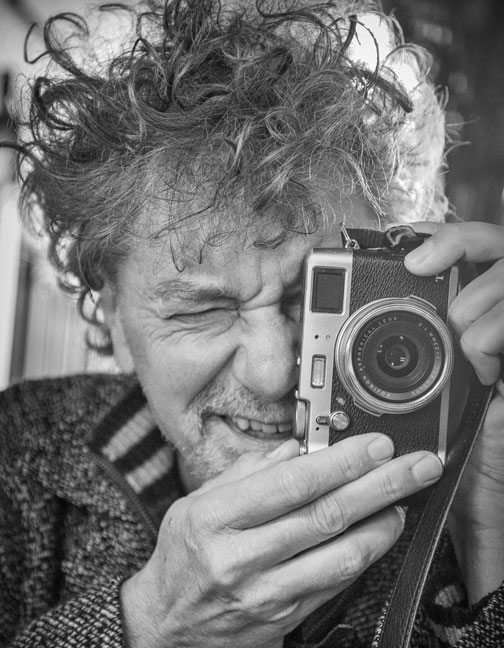 Marco Bakker is a self-taught photographer based in Edam, Netherlands. His love of photography began at a very early age. As a child, around the age of 12 to 15, he had one of his first cameras and started to develop films and make prints in a darkroom set up in the bathroom of his home.

Photography to Marco is about going places and meeting people, which not uncoincidentally, is exactly the premise of this magazine. His photograph of Chris Stein (Blondie) was featured in the first issue, and from finding that photograph, I became an avid follower of his work. He’s built his career on connections, from the photographer that originally inspired him, to tracking down subjects that intrigued him, Marco’s portraits — his primary subject — are powerful and engaging, and occasionally border on the surreal. For some time now, he’s been working on a book of photographs of one of his favorite subjects, artist Vali Myers. I wondered how he came across Vali, and where that led him. In his words: 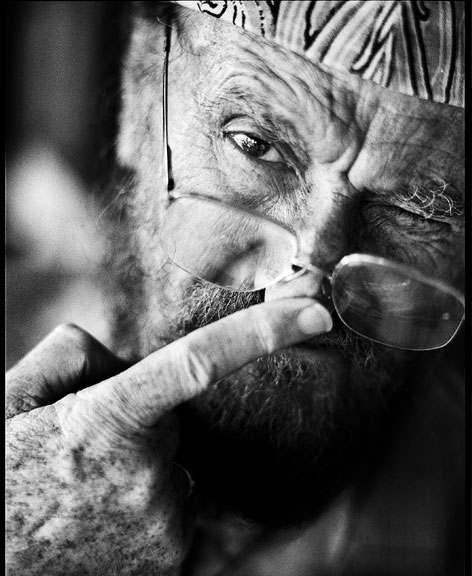 “I was twelve, riding my bike past the yellow brick bridge in the center of Edam, my hometown north of Amsterdam in the Netherlands. At the top of the bridge, there he stood: Ed van der Elsken, the photographer who had recently moved into a farmhouse alongside the dike outside of Edam. He had a Leica camera hanging from his left shoulder, and his right arm around a beautiful young lady. I saw them standing there and I knew that I wanted to become a photographer.

Some years later I won a book in a photo contest, ‘The Picture History of Photography’ by Peter Pollack. Chapter 41 was ‘Van der Elsken: Storyteller in Photographs’, richly illustrated with pictures from his first book, ‘Love on the Left Bank’ (1956). The main character in the story was played by Vali Myers, a young dancer from Australia, and the pictures of her only strengthened my resolve from years earlier.

In 1981 I visited Van der Elsken and photographed him for a school assignment. I did become a photographer, and Ed and I kept in touch. Yet it was not until after his death in 1990 that I had the idea of visiting Vali Myers herself.

In 1995 the book ‘L’Amour’ was published. It was the first book of Ed’s posthumously edited by his widow Anneke Hilhorst. I saw that in the preface she thanked Vali and others who cooperated to make the book possible, which is how I discovered that Vali was still alive. For me Vali was an icon from the Fifties. I never realized that she was still here. Anneke told me that Vali was living in Italy, and said, “I have her phone number. You can give her a call”.

When I did, I got Gianni Menichetti on the line, who told me how he had been sharing life with Vali for more than twenty-five years. They lived in their wildlife oasis, a hidden valley south of Naples called Il Porto, with many dogs, cats, chickens, ducks, goats, a pig, and the tortoise, Winnie.

Gianni cared for the animals while Vali went out into the world to sell her art. She had come from Australia when she was nineteen to settle in Paris, where she became part of the group of bohemians from Love on the Left Bank, and made drawings that would later become famous. First she made dark self-portraits in pencil, drawings of female bodies and demons, and later, after she settled in Italy, her drawings became more colorful. The paradise she created in Italy appears in many of her drawings, and she would say, “People think I’m drawing a fantasy world, but it’s all reality.” Thanks to her efforts, the valley of Il Porto is protected by the World Wildlife Fund. 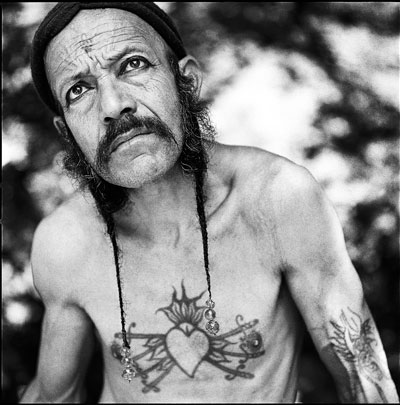 When I finally made the trip to Italy and stood outside the gate, there was just Gianni to welcome me, no Vali. We spent a pleasant afternoon and I took some pictures. Later Vali called me on the phone. “How dare you!” she joked, referring to the pictures I’d taken of Gianni. “I’m the shooting star!”

But, nevertheless, she liked the pictures and said I could come by “anytime,” which I did in May 2000. I had a wonderful stay with Vali and Gianni and their large family of animals, and after that I stayed in touch with both of them.

It was also through Vali that I met many of my other subjects, including Ira Cohen, Chris Stein, Paul Huf and George Plimpton.

I feel very privileged to know these remarkable people who live their lives as they want to without making any concessions to what others think, or how things “ought to be.”

That’s probably what appealed to me as a child. My upbringing was full of love but when I saw Ed standing on that bridge, I felt that there was more than the life my parents lived. Thanks to my photography I’m able to travel to new places and meet people who are not living an average life. 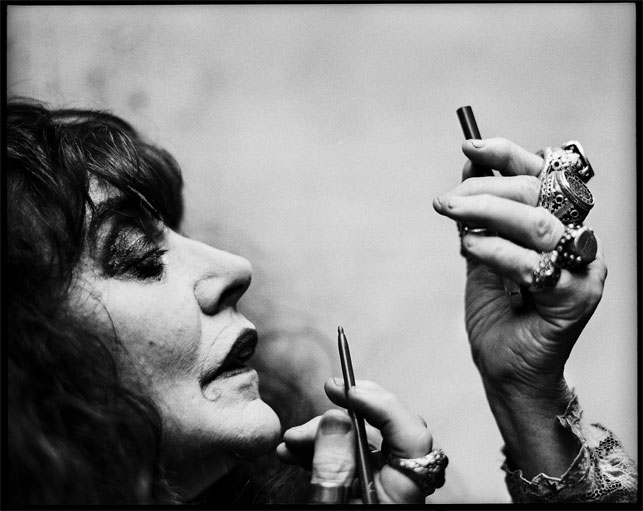 Since Vali died, I visit Gianni once in a while and admire the way he lives his hard life. I feel a deep respect for the way Gianni continually fights to save the valley from developers who are trying to destroy this wonderful wild, natural place.”

Marco returned to Italy for more than two decades, photographing Vali and then Gianni, and recently published a selection of those photographs accompanied by excerpts from Vali’s letters.

The box set ‘Running Before the Wind’ contains two volumes: one featuring Marco’s photographs beside Vali’s handwritten comments, and the other a collection of Vali’s thoughts on life and nature selected by Gianni. The limited edition volumes of the book already sold out, but the unlimited edition is now available. For more on the book, visit runningbeforethewind.com.

To experience the full article, buy Been Magazine issue #3, Spring 2020.