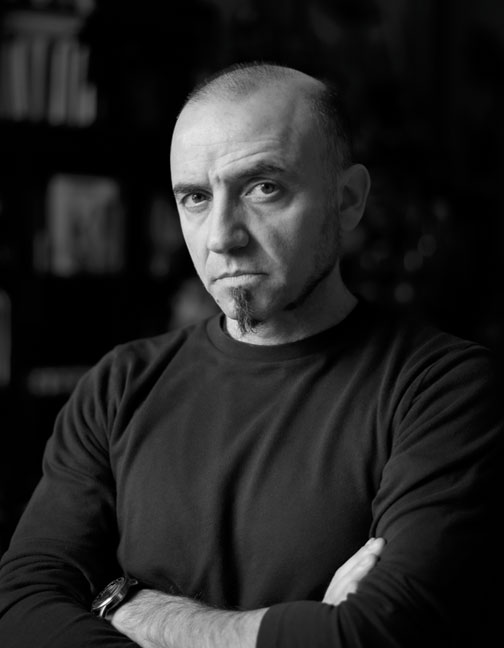 Looking at his incredibly detailed images, you may be forgiven for thinking that award-winning artist and educator Viktor Koen is a complicated man. He’s not. Whether he’s communicating through his illustrations, or over a cup of coffee, Koen comes across with clear and direct messaging that, could only stem from his years of experience, teaching what he does as a commercial artist to students learning the trade.

In New York, he’s been part of the School of Visual Arts (SVA) graduate faculty since 2004 and started their Illustration Residency Program in 2007.

In 2018 Viktor was recognized with 3x3 Magazine’s Educator of the Year Award. Teaching since the age of 27, he developed his signature illustration style for clients like The New York Times, Wall Street Journal, Time, Penguin, Random House, record companies, arts organizations, and corporate clients. He also created personal bodies of work and started exhibiting in galleries and museums around the world.

Originally from Thessaloniki, Greece, Viktor achieved a Bachelor of Fine Arts Degree at the Bezalel Academy of Arts & Design Jerusalem, in 1990 and a Masters of Fine Arts (MFA), with honors, at SVA in New York in 1992. His interest in design started early, at his uncle’s print shop back home. 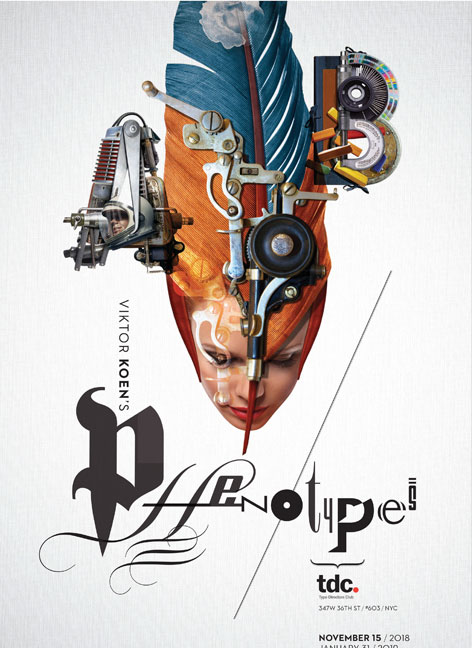 “It was there that I became familiar with the production and design aspects of commercial print making; tracing shapes, finding reference, cutting letters by hand and learning about fonts, spacing and proportions by using Letraset. This real, deadline-driven environment was my introduction to graphic design. I also liked to draw but back then, graphic design and art were very disconnected in my mind.

As a Bachelor of Fine Arts (BFA) in graphic design was not an option in Greece, I started preparing for the Athens School of Fine Arts exams by drawing three hours a day, nine hours on Saturdays, for a full year. Life drawing, perspective, isometric drawing, still life. It was a warm, productive environment, with great people to learn with and from. There I experienced the importance of being mentored by artists I could believe in.

I wasn’t accepted to Athens, but I met someone studying in Israel who introduced me to the Bezalel Academy of Arts & Design in Jerusalem. I gathered a portfolio (I had hundreds of drawings and paintings to choose from), took the Bezalel exams and was accepted to a program where most people were ten years older than me and very serious about their studies. Even though classmates took me under their wing, school was intimidating, it was a struggle to find direction until a friend gave me ‘The Graphic Language of Neville Brody,’ a book that infused in me a deep love for type. I studied its layouts, the new wave of typography it represented and through its direct influence, started developing my own awkward design instincts and new passion for typography that capitalized on everything I’d learned until then but never connected or realized.

My decision to seriously embrace the newly arrived Mac Classics was also crucial at that point. I learned the Mac by using it to produce my thesis project, a contemporary magazine on Greek mythology. With this, I was accepted to the School of Visual Arts (SVA) MFA Illustration program. 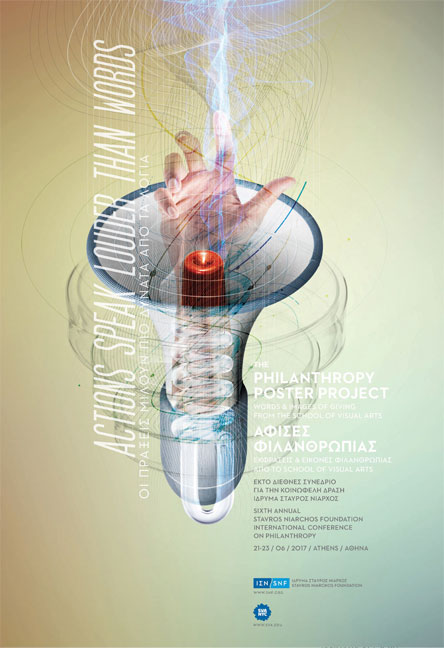 I graduated Bezalel in the middle of July, and a month later had to find a place to live in New York. One day I’m on a Greek island, the next in the middle of a Manhattan thunderstorm with sand still in my shoes. I wondered ‘where the hell did I land?’ But the city makes you its own quickly. The program and chemistry of classes at SVA were a transforming experience and gave me confidence to follow a personal direction in aesthetics and concept.

In New York, I had graduated with a body of dystopian work and couldn’t understand why people weren’t hiring me as soon as they saw my post-apocalyptic portfolio, visualizing a world populated by a civilization of car crash dummies. Eventually one of my thesis project images was published in the New York Times but it took at least a year until landing the next assignment. So for several years, I developed portfolio after portfolio and showed them around like my life depended on it, because it did.

This sobering experience also made it clear that I had to find job. After working for a couple of local newspapers, I got my first real job at Ogilvy & Mather from which I escaped after two years to become an art director at Marvel Comics. Without being an avid comic book reader, I fit right in and experienced two of my most productive years, surrounded by a team deeply passionate about their product and open to good design.

During those years, design and illustration clients started developing and I left Marvel to become the creative partner in a small design firm. It was successful, but running the studio more and more meant less and less design. I resigned after five years, and moved to my own studio to focus on a freelance illustration career and look for exhibition opportunities. After ten years of absence from the Greek art scene, I had my first solo gallery show there (January 2000) and started a steady exhibition track.”

As well as being an educator, professional illustrator and designer, Viktor’s diverse experience means he is often booked for speaking engagements covering a wide variety of art disciplines. 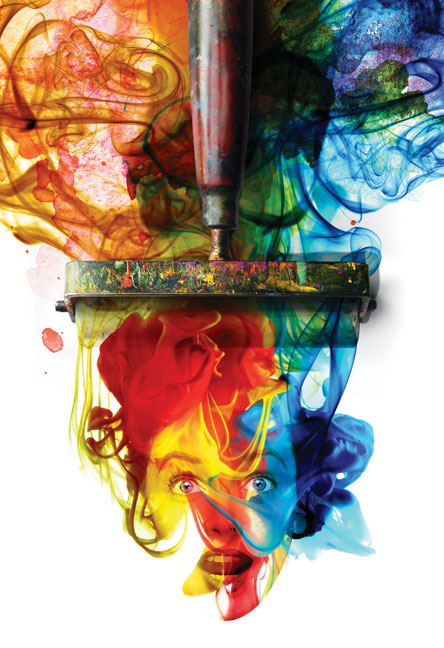 “Being invited to lecture in typography conferences, photo festivals, illustration and communication departments and TED talks keeps me on my toes. By focusing on more than one discipline, it often results in the merging of multiple disciplines in my work. Thankfully, my wife and kids tolerate the hybrid monster I’ve become and save me from myself. If not for them I would probably work myself to death.

Being a workaholic is crucial to the freelance lifestyle, though it’s not the easiest path to follow. It’s hard work not knowing when and what the next job or day might bring. As nerve-racking as this can be (you eat-what-you-kill, after all), designing and illustrating such a variety of important projects is intoxicating. It’s alchemy that can develop your clients, pushing them to where they need to be but also where you want to be. As long as one is constantly making. Keeping my nose to the grindstone as an artist and educator is what drives me.

Education is my other passion for many reasons. Academia surrounds you with great people — people curated to be examples for the next generation of commercial artists. It is camaraderie and competition in the very best form and it is thrilling to be a part of it. It’s chemistry. Classes often generate amazing chemistry where students push each other forward, raising the bar for each other and for me as an educator. Sometimes to energize a class takes effort and, like a ringleader, one must run around to involve people, get them to actively participate so everyone can learn. 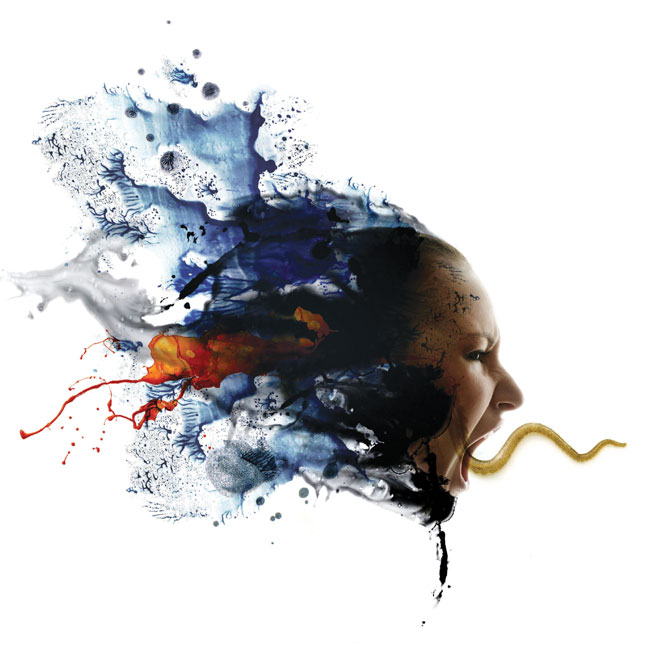 I’m a stickler when it comes to sketching, requiring that first two or three rounds of work are done on paper, not on screen. Paper nurtures ideas best. It may be an old school approach to contemporary learning, but a good one. This way, I can recognize skill, talent and look for students who can develop strong concepts in a consistent way. I also look for growth, while guiding students towards their ‘aha!’ moment.

At the end of the day, before graduating, I want to leave my students with one clear message, one takeaway. OK (he admits), three takeaways — One: 1+1=3 — everything you make should be greater than the sum of its parts. Two: Remember people not only when you need them — connect in person, in-depth, establish reciprocal alliances and share. Three: More pitching, less bitching — Take the time that could be spent complaining about changing tastes, markets or technologies, and invest it in conceiving new ideas and trying them out. Adding just one of the above to your daily regimen grows you as a person, artist and practitioner.

This is design, this is vision, this is networking. Grow your relationships on a one-on-one basis, the web is good for other things, and then you build from there. Going through life like that never disappoints.”

Viktor is currently developing a new exhibition series for 2021, working on rebranding for Photoville (photoville.com, New York City’s annual free outdoor photo festival); curating a show for the Jewish Museum of Greece this November; moderating a MoCCA 2020 panel, exhibiting at Stone Sparrow Gallery in New York in April; coordinating a poster exhibition for the 2020 Stavros Niarchos Foundation Conference in Athens and finalizing a 3-D award for the Tällberg Foundation.

To learn more about his School of Visual Arts Summer Illustration Residency: bit.ly/viktorkoenSVA

To experience the full article, buy Been Magazine issue #3, Spring 2020.