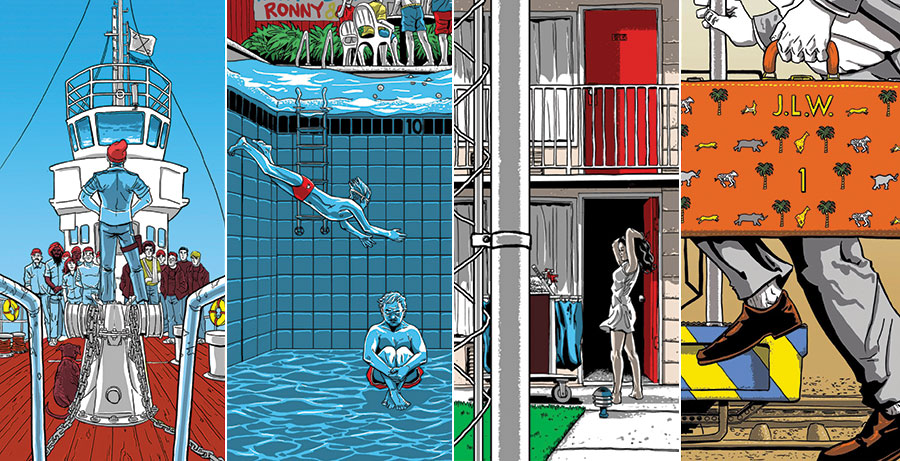 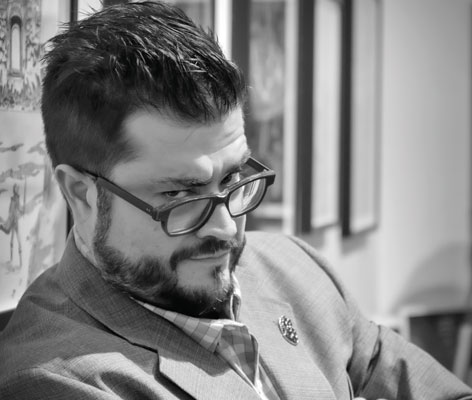 It’s been 10 years since Tim Doyle founded Nakatomi, Inc. with a simple business plan: ‘draw stuff.’ Since then, he has exhibited his works in countless shows and almost single-handedly pioneered a niche industry in pop culture art. I caught up with Tim at the opening of his latest ‘Unreal Estate’ exhibition at the Spoke-Art Gallery in San Francisco. Somewhere in the region of his eighth or ninth show at Spoke-Art, Tim’s unique take on moments in movies, television and comic books is like a deep dive into his encyclopaedic knowledge of pop culture. So deep, in fact, I did have to ask him to explain the source of one or two of the pieces. The moments he chooses to frame in his signature style are illustrative of his deep appreciation for the subject. Whether it is an iconic moment or obscure reference, the results are always entertaining, always satisfying glimpses into his mind, and into the fictional worlds he illustrates. “I try to find something in the movie that appeals to me, though that isn’t necessarily the most iconic scene.”

Born in Delaware, Tim has lived in Texas since the age of two. Much of the inspiration for his work may have come not just from his passion for movies and television, but also from previous workplaces, including Toys R US, KB Toys, SunCoast and Hollywood Video stores. And managing a small chain of comic book shops, then working at Mondo during its formative years as a t-shirt shop at Alamo Draft House in Austin. He got into screen printing at Mondo, realized how much he enjoyed the medium, and, wanting to do more of that, built a print shop in his garage and grew from there.
Another formative job for Tim was working at an art supply store. “We had working artists came in to buy supplies every day and I thought ‘I could do this,’ and I started painting.”

Nakatomi Inc. now boasts a stable of artists alongside Tim creating everything from his signature pop culture prints to tour poster series for Muse, Failure, Metallica, George Strait, Skrillex and others. Managing Mondo and the comic book stores gave him the business savvy to make it work. “Working with some artists is like herding cats, but add some business skills and you’re like a one-eyed man in the kingdom of the blind.”

He’s still doing what he originally wanted to do—creating art he likes and working with like-minded artists and galleries. “I’d rather sell 100 prints at $40 each than one painting for $4,000.” 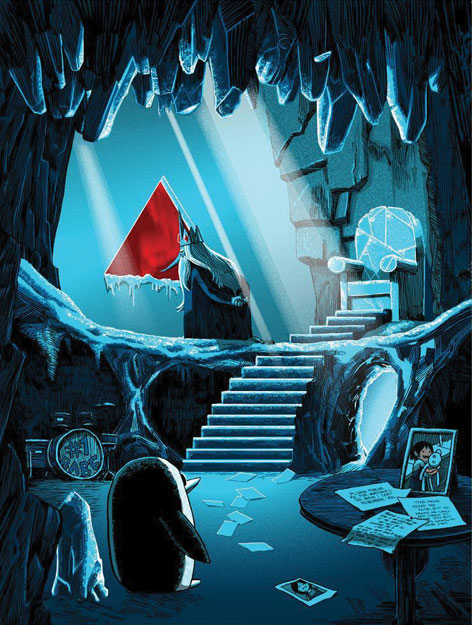 An avid comic book reader, he has read every Iron Man comic book since he was eight years old, and, in fact, as we talked, he had a stack of yet-to-be-read comics recently acquired in San Francisco. He has worked with many of his comic book heroes including Bernie Wrightson (1948-2017), best-known as creator of Swamp Thing, and for his work on many other characters including Spiderman, Batman and The Punisher, with whom Tim collaborated and developed a close personal friendship.

It goes without saying that Tim is passionate about films. His top five movies: Blade Runner, Robocop, Raising Arizona, Pee-wee’s Big Adventure and Babe 2: Pig In The City (in that order).
“Babe Pig In The City?” I had to ask. “A madcap chase through the city. A big fake out. An orangutan. Everything turns out ok. What’s not to like?” 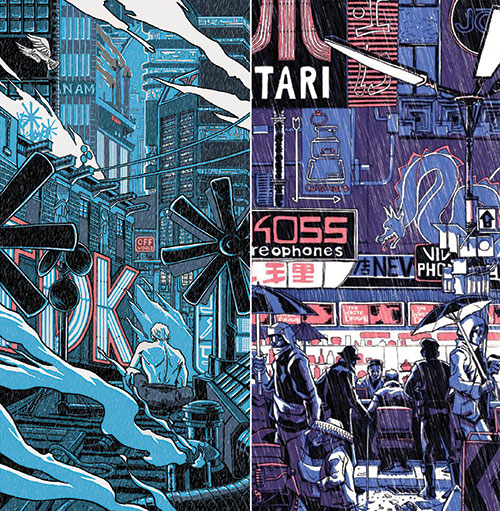 He has a number of new poster and album cover projects in the works as well as a Fictional Food Cookbook. A collaboration with artist Joshua Budich, The Fictional Food Cookbook is part art collection, part recipe book and will feature a shrimp dish from Blade Runner, the burger from Pulp Fiction, and The Simpsons donuts among other fictional and fantastic fare. If he’s as good in the kitchen as he is in the print shop, I can’t wait for this one.